Wittgenstein naturalism and the supernatural 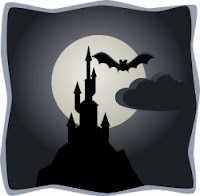 Two emails landed yesterday discussing Wittgenstein’s philosophical method. One, from Ben Smith, reported that after giving a paper on Wittgenstein’s naturalism he had come under fire from members of the audience who were flabbergasted that ‘naturalism’ and ‘Wittgenstein’ could be used in the same sentence because any kind of naturalism is anti-supernaturalism and, since Wittgenstein is not happy to reject religious supernatural thought and discourse, he can’t be a naturalist. Thus describing him as a naturalist would be to attribute inappropriate metaphysical views to him.

The other was from Michael Atkinson, who is following my philosophy and mental health course and who is proposing a dissertation looking at how Wittgenstein’s metaphilosophical views would impact on thinking about mental illness. He commended §254 and this fits my reaction to Ben’s email also.

The substitution of “identical” for “the same” (for instance) is another typical expedient in philosophy. As if we were talking about shades of meaning and all that were in question were to find words to hit on the correct nuance. That is in question in philosophy only wherewe have to give a psychologically exact account of the temptation to use a particular kind of expression. What we ‘are tempted to say’ in such a case is, of course, not philosophy; but it is its raw material. Thus, for example, what a mathematician is inclined to say about the objectivity and reality of mathematical facts, is not a philosophy of mathematics, but something for philosophical treatment. [Wittgenstein 1953 §254]

Taken together and with the surrounding paragraphs, this suggests the following response to Ben’s audience. It is only easy to say what is supernatural if one has a prior theory of nature and hence the limits of nature. Thus, eg., if one is a physicalist, one believes that nature is exhausted by the physical before one does any further piecemeal philosophy. Anything non-physical (including anything which cannot be reduced to the physical) is supernatural. (See, for example, my favourite quotation from Fodor:

I suppose that sooner or later the physicists will complete the catalogue they’ve been compiling of the ultimate and irreducible properties of things. When they do, the likes of spin, charm and charge will perhaps appear upon their list. But aboutness surely won’t; intentionality simply doesn’t go that deep. It’s hard to see, in face of this consideration, how one can be a Realist about intentionality without also being, to some extent or other, a Reductionist. If the semantic and intentional are real properties of things, it must be in virtue of their identity with (or maybe of their supervenience on?) properties that are neither intentional nor semantic. If aboutness is real, it must be really something else. [Fodor 1987: 97])

But Wittgenstein does not hold any such prior view because he does not privilege any particular ‘discourse’ or language game. So, for example, talk of numbers might not fit physicalism strictly (or rather, physicalists might need, like Quine, some sort of argument to fit them into a physicalist picture of nature, the sort of argument undermined by Hartry Field’s book Science without Numbers) but if mathematicians talk of numbers in their practice (rather than down the pub) then Wittgenstein is fine with numbers. There is no view from outside, no policing by philosophy. The limits of the objectivity of numbers is fixed by the prior mathematical talk not the pub philosophy, however. Given this approach then nature might well contain lots of things that a priori metaphysicians - eg physicalists - would call supernatural.

Reading Wittgenstein, we might still want to describe some argumentative moves as the rejection of the supernatural. But that, I suggest, is because the mark of the supernatural is what doesn’t belong to any well formed language game rather than to a specific - eg scientific - language game. It is, I fear, difficult to say how we can draw the distinction between what the mathematicians say at the blackboard and what they say in the pub. But if we can, then nature is fixed by the flexible limits of all blackboard talk, that is all talk with well formed ways of going on. Talk of the supernatural is not, as it were, what lies beyond the boundary of the natural but rather beyond a limit of good sense when venturing out in search of further, but needless, foundations.
..........................................
PS: By chance, after a graduation drink with departing undergraduate philosophers, I found myself in conversation with a couple of UCLan colleagues (Robert Lee (a senior lecturer in Deaf Studies and researcher in Deaf Studies and Linguistics) and Isabel Donnelly (newly appointed Dean of School of Languages)) about linguistics. In the company of experts it seemed worth getting a brief overview of Chomskyan linguistics having failed so badly to learn much from Juan Uriagereka’s award winning course book Rhyme and Reason: An Introduction to Minimalist Syntax. Thus I was treated to a delightful impromptu representation of the use of tree structures to depict surface grammatical structure using the various empty glasses on the table.

But I was also intrigued to know what it was that the structure they were describing was thought to be a structure in or of. Given talk of ‘the sentence’, I wondered what their underlying ontological commitments. What, really, was the substrate?, I wanted to know. (If, eg, language then what sort of a thing is language, in their view). What was delightful was that they were utterly deaf to my Mephistophelian temptations. Each time I asked the question (perhaps adding different contrast cases: “If not a structuring of neurological states ...” “If not the structuring of Platonic Thought....”) I was treated to a further ten minutes of increasing detailed description of internal disputes about the precise nature of particular structures and never the kind of stepping back that I really wanted. Like virtuous people who simply cannot see the temptations of evil, they could not even understand my confusion.

But of course, I should not have wanted that. As my colleague Peter Lucas pointed out, I should have been happy simply with the descriptions they so patiently offered. The question I was trying to ask about the ‘real’ underlying nature of the substrate of the structure was exactly the kind of thing that might come out in that location – down the pub – but as an ex Wittgensteinian, I should not have been asking for it.