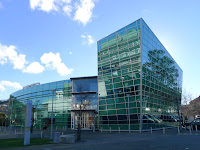 Picking up some other themes from the conference, in no particular order.

Louis Charland announced that he was a lonely fan of the role of passions, rather than emotions, in the philosophy of mind. On his account, passions play a structuring role in shaping changing emotions and sentiments. So a passion for collecting can structure a life. (Collecting can be a passion.) Or jealousy, also a passion he thinks, can structure the feelings experienced in response to the events of a week. He told us that a piece of research with Tony Hope and Jacinta Tan on anorexia as a passion had just been accepted for publication. (For the moment, to read more of his general view, see his piece in the Goldie edited OUP collection or the Emotion Review special issue.)

Steve Rosenmann pressed a critique of the idea that the role that culture plays in psychopathology is in merely shaping the expression of universal underlying forms of pathology. His view, partly based on the poor correlations across cultures of, eg., mood disorder and suicide, was that there was nothing culturally invariant. I wasn't sure, and must ask, how wide he took this to be: did it merely apply to pathology? (A reason to think he took it to be broader was an analogy with the impossibility of translating such notions as 'shaking off the blues', grasp of which requires sharing a whole form of aesthetic life.) Are there no culturally invariant experiences or concepts? The worry would be an implausible (and un-Davidsonian) picture of untranslatable island world-views. But how could one stop short of that?

Werdie van Staden argued that there was an incompatibility between the very idea of a long standing search for a cause of schizophrenia and the fact that a cause seems to be ruled out by its very definition. He took this as a focus for a more general worry about how causal notions are involved in the definition of various disorders and he went on, the brave chap, to propose the broad outline of an architecture for an alternative psychiatric taxonomy.

Derek Bolton sketched a kind of portrait of London (in the context of a conference in which the attachment of Maori identity to land, or place, or even a particular mountain has been much mentioned) and then an overview of last summer's riots. Against a background of Wittgenstein's comment that disputes do not break out among mathematicians, that they don't come to blows, he outlined some of the factors that might encourage the rioters into violence by contrast with conversation.

I was not entirely sure whether he aimed to make an intervetion in an understanding of the events or rather, one level up, to comment on the conditions of possibility of such an enterprise. A hint of the former was his stress on general social and financial deprivation. Had the rioters been able to steal a place in a better more equal society then they would have taken that rather than training shoes, he suggested. One point from the floor struck me. Mohammed Rashed expressed unease at calling the London riots 'political' in any sense similar to that of describing recent events in Egypt 'political'. Why, he asked, had no one raised a placard or banner in London? Without that, to what extent was it motivated by political considerations?

This morning I am listening to a helpful history of the Maori as a precursor to discussion of Maori mental health. In my naive way, I have been struck by the connection, mentioned above, of the connection between identity and place. One of my conference colleagues, who announced her own Maori identity, asked Prof Sir Mason Durie what advice he would give to young Maoris in the light of both this importance of place but also the threat of maintaining the existing connections to it because of a variety of development pressures. He replied, if I followed, that like everyone, the Maori population would in the future, no doubt, move about more, be less fixed, but that other connections (such as to language, culture and societal links) would take over the sustenance of identity. I was not sure how welcomed this answer was.

Later, having given my own talk about the Beltane Fire Festivals, I chatted to a NZ psychiatrist who had been brought up in Northern Ireland and who said that Wittgenstein's comments about the terribleness in the surface of the fire festivals applied equally to the parades of his youth. He seemed to suggest, however, that despite still retaining some element of Northern Irish identity (alongside an adopted NZ identity), that he had had no difficulty in giving up his prior particular connection to that place. I suppose the limit of that process is the (southern) Irish identity of so many non-passport holding Americans. Some connection between identity and place might merely require a conception of a place and not an actual physical relation. At the same time, I will only feel I have properly arrived home when I have been for a (jet-lagged) run on my adopted Scout Scar. (But there is a difference: it sheds light on me precisely because I have chosen it. It instances my explicit values. The same young Maori speaker said that to understand her one needed to understand her relation to a C16 ancestor simply, I think, in virtue of having him. That seems an odd view of things to me.)

I have thoroughly enjoyed the conference here. It has been quite intimate (though I understand financially fine) and quite coherent. The five person local organising committee has been both visible enough to help emphasise the themes, and the local character of this INPP conference, without being dominant. Well done them! It is a great pity if there is no INPP 2013.
Posted by Tim Thornton at 23:07