For him, painting should be abandoned

In Paris last weekend I wondered round both the Pompidou and the City of Paris Modern Art Museum which had a fine Dufy exhibition. Later I squeezed into the Frieze Art Fair: a commercial exhibition by a number of galleries. Two things struck me:

The proportion of works that appealed to me at Frieze was tiny: perhaps one in twenty. By contrast, in a typical municipal contemporary gallery I might like half of what is displayed and covet one quarter. Now one thought is that the latter has much greater quality control. To be on display a work’s artist must meet some sort of accepted standard. He or she must have a reputation in the art world generally or some such. And this serves as a kind of justification for inclusion even if particular works are under par.

But my worry is that even in expectation-challenging conceptual art, there is a kind of cosy familiarity. On a trip down the east of the United States a few years ago I lost count of the Donald Judd ‘draws’. What had seemed only so interesting seen once became more and more appealing seen – over time – en masse. Contra Hume’s remark that:

What we learn not from one object, we can never learn from a hundred. [Hume Treatise 1.3.6]

... another Judd is quite different from one’s first Judd.

The other thing that struck me is how similar in tone are the blurbs written by municipal curators by such works (commercial galleries don’t seem to bother with conveying the truth in art.). Take the line I noticed in the Pompidou:

For him, painting should be abandoned, expressive of a lost social totality.

It doesn’t say: he thought that he should abandon painting. It is more general and normatively compelling than that. But it is not: he thought that painting should be abandoned. That recognises the manifesto in the content but also seems to invite us, the reader, to disregard it. It is merely something he thought. Rather it combines the manifesto: painting should be abandoned, with the weakening device ‘for him’ to produce the characteristic partial endorsement by the curator. The artist must have seen some truth. He or she is an artist after all. But it is a truth that hasn’t been shared by all such artists, many of whom have carried on painting.
Posted by Tim Thornton at 16:44 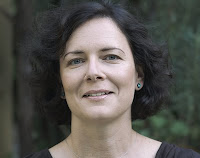 Catching up with Laurie Taylor’s sociology programme on BBC Radio 4, I was struck by a very uncharacteristic interview. In the main, Taylor interviews academics who describe their research in fairly accessible everyday terms. But in a discussion of how consumerism itself motivates and causes crime, Dr Steve Hall from Northumbria University peppered his (otherwise actually quite interesting) account with a ludicrously large series of names –

– as though footnoting a paper. In the (surprisingly) informal context of a conversation with Laurie Taylor, however, rather than substantiating his claims, it had the strange effect of making them sound very much less plausible.

This reminds me of a strange feature of giving excuses, for example, for not attending a dinner party. If there are a number of reasons one might offer for not attending a dinner, reasons that all individually pull in the same direction or have the same ‘valence’ (in Jonathan Dancy’s helpful word), then it might seem that putting them all together in the same note might produce a better, more plausible excuse. But strangely if I am told by someone that they have a family visit, a work deadline and that they are not feeling well, that seems much less plausible than any one of them would have been in isolation.

By the way, I hear that (my friend) Dr Havi Carel (pictured), Senior Lecturer in Philosophy at the University of the West of England has been successful in an AHRC network bid on ‘The Concepts of Health, Illness and Disease’. Well done her!
Posted by Tim Thornton at 11:23

I’ve just been to the International Network for Philosophy of Psychiatry conference organised this year by John Sadler (pictured) in Dallas, Texas. Given my slightly misanthropic tendencies, I often wonder what the purpose of going to conferences is (I wonder this particularly as I get up at 6am to catch a plane, for example). Clearly, one reason is networking for one’s next job. But as I’m quite happy where I am at the moment, that isn’t it. So I think there are two good reasons to go to the INPP conference (and thus why I will go to Lisbon 2009):

Firstly, the morale raising idea of belonging to a particular academic community. A goodly number of the ‘aristocracy’ of philosophy of psychiatry were in Dallas including: Gerrit Glas, Julian Hughes, Jim Philips, Nancy Potter, Jennifer Radden, Giovanni Stanghellini, John Sadler, Werdie van Staden (though Derek Bolton, Bill Fulford, Grant Gillett were missing this year). It was good to meet (or meet again) Claudio Banzato, Jennifer Hansen, Christian Perring, Neil Pickering and Jessica Wahman (“the most attractive woman in philosophy of psychiatry”, apparently). The field is sufficiently small that one can have a sense of belonging to a group bound together by overlapping shared interests.

Secondly, it is a way of learning what subjects currently constitute the discipline. Because it is not a natural kind, philosophy of psychiatry seems to me to be more open to ongoing revision than more central areas of analytic philosophy. But of course, one has to factor out the effect of the title of the conference. In this case, at least half the participants had gamely followed the connection to freedom. But I think that that is more John Sadler’s vision than an agreed conception of its future.

I used the conference as a chance to begin to think, after 4 years of saying that I’ve been doing this, about the role that tacit knowledge (or skilled coping) might have in shedding light on clinical judgement. Like other aspects of clinical judgement it seems to share the need for a balance between a focus on individual cases and on the essential generality of conceptual judgement. This is nicely exemplified in the recent debate between Dreyfus and McDowell where Dreyfus assumes that McDowell’s commitment to conceptuality must preclude the individual focus of skilled coping and McDowell counters, in effect, that generality is not the same as codification.

No doubt the very idea of a habit implies a generality of content. But conceiving phronesis as a habit, or a set of habits, is consistent with holding that the only way one can register the generality of phronesis is by a description on these lines: ‘‘the habit of responding to situations as phronesis requires’’. And that leaves what response a particular situation calls for from the phronimos still needing to be determined by situation-specific discernment. [McDowell 2007 341]

Being quite sad to leave (well organised, John!) I was reminded of what may have been my first proper hint of a sense of mortality. Permitted to go on one of their trips, before I was strictly old enough to join the Cub Scouts, I came home upset that whilst it would be possible to go on subsequent trips, and they might even repeat the same plan, I would never have that experience again. This was an inchoate hint of Windelband’s thought which underpins his emphasis on the individual case:

[E]very interest and judgment, every ascription of human value is based upon the singular and the unique. Simply consider how swiftly our emotions abate whenever their object is multiplied or becomes nothing more than one case among thousands of others of the same sort. “She is not the first,” we read in one of the most terrifying texts of Faust. Our sense of values and all of our axiological sentiments are grounded in the uniqueness and incomparability of their object... Every dynamic and authentic human value judgment is dependent upon the uniqueness of its object. [Windelband 1980: 182]
Posted by Tim Thornton at 17:42