I hope that this will not seem like much of a criticism of Lee Braver's Groundless Grounds. I cannot offer a philosophical engagement with it because, although I have turned every page and, as much as ever, read every word (with the usual re-reading of particularly tricky, pithy passages) I don't think that I have actually read it.

So first a rough sketch of that thought and then, second, a brief suggestion as to why.

What do I think when I think that I have read a book in the, I guess, normatively charged sense of the word I am trying to deploy? Something like this: I have grasped sufficient of the surface meaning which amounts to grasping the way in which the author wants me to understand the ideas she is sketching. That isn't a very good way of putting the point and I do not mean to hint at acts of philosophy by pointing (contra Jonathan Lear on Wittgenstein). But much philosophy isn't entirely pellucid. Often I can give an account of the surface of a piece of philosophy without being yet in a position to assess it.

At the moment I am reading a 2009 paper by Alex Byrne criticising Travis's criticism of 'content' views of experience. I could describe the general argumentative structure and point to where the key terms of art are introduced and sketch their broad role. But right now I could not explain to someone else what Byrne means by 'non-comparative looks'. When, shortly (tomorrow?) I can then I will have read the paper. And only then will I be able to think (next week, after further intuition or judgement) about whether I am persuaded by the argument so constructed. There is a point at which, poor memory aside, I don't think I need to read the paper any more, I have reached a kind of data saturation, but I have not done with it. The further stage, however, calls for imagination on my part which may never come. But the paper itself has done its work.

I don't seem to be able to reach even that initial stage with Lee Braver's book, however. This seems odd because he writes well, with flair, and deploys a series of metaphors and similes to helpful effect. I bet some of his phrases make their way into my ways of explaining Wittgenstein (for which apologies to him in advance). But I think I know the problem.

Some years ago I had a frosty reception at a conference from a famous American philosopher of mind. After I had given my paper, he warmed and in conversation I realised that he'd assumed that I subscribed to a principle, which really irritated him:

Although I do indeed assume a kind of hermeneutic principle of charity, and so use something like W as a regulative principle, working out what it is that Wittgenstein says, in the sense of means, takes some effort which turns on working out what it would be justified, perhaps for him but via for us, to say. So W ends up guiding an argument to establish the truth of p rather than being a naked appeal to authority. In the works on Wittgenstein that I am able to read (on this rather arch understanding), there is a similar method. By contrast, this book is closer to the locution: Wittgenstein insists... Thus even though the views ascribed do indeed hang together, they are not bound together in the surface presentation by an explicit structure of reasons. The surface form is more history of ideas than an attempt to inhabit an argumentative position and work out its rational connections. The net result is that I cannot get a hold on it, grasp a surveyable whole. The links which would help form the scaffolding of my understanding of it are hidden beneath the surface of the text.

It is a pity because although a book on Wittgenstein and Heidegger would not be the first of its kind nor one which deploys a contrast with the earlier Wittgenstein to illustrate the later (in truth best not to read this book at the same time as Marie McGinn's book on the Tractatus) still putting Heiddegger and Wittgenstein in my more explicit contrast to the Tractatus might help go further than Rorty's brisk comments on this thirty years ago.

PS: my thoughtful correspondent DY suggests, in a response by email, that he has/is never finished with a text: 'Subsequent reading illuminates things, and these things always need checking against previous materials. I reread and reread all the time!' I have to say that this rings rather truer than my own description above. But I guess, in a spirit vaguely influenced by the arguments between McDowell and Travis on perception, I want to confine these subsequent discoveries to acts of judgement after the fact of reading (akin to a Travisian move) whilst thinking that the reading mentioned here involves a lesser conceptual grasp (a McDowellian move). Indulge me!
Posted by Tim Thornton at 08:33 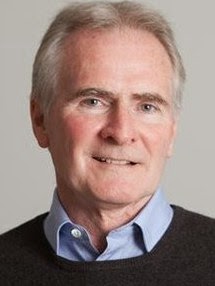 In the last presentation of the conference I've been to, Tom Burns, Oxford Psychiatry, put forward a distinction to help to ward off anti-psychiatric criticism of psychiatric diagnosis. He suggested that anti-psychiatric commentators often helped themselves to an unfair characterisation of psychiatry in order to help support their own comments. But, he suggested, it was unfair to claim that psychiatric diagnosis failed tests of good science (one such accusation) because psychiatry was a craft not a science. Evidence for this was the very length of medical education, its connection to education by eminence, and it's practical focus. Merely learning the necessary DSM categories, for example, would take an ordinarily clever young person weeks rather than years.

As a fan of craft knowledge, I think that there is both something in the evidence for the craft status of medicine and that nothing negative follows for its status. But I am not sure of the dialectical purpose of the craft versus science distinction as applied here.

One might argue that psychiatry is not reducible to science alone but involves skills that can only be characterised as craft skills. One way to put that would be to say that it irreducibly involves know-how as well as knowledge that. But if so, how does offering both these elements protect diagnosis from criticism? Won't diagnosis naturally count as part of what Jennifer Aniston would perhaps describe as the 'science bit'?

One way to bring the craft to bear conceptually on the diagnosis element itself might be to stress the latter's status as Kantian reflective rather than determinate judgement. Again, I like this idea. But the conceptual package brought to bear on an individual - the combination of concepts and laws - is again surely a science, or at least a science in aspiration, in the case of psychiatry? To deny that would be to concede diagnosis to anti-psychiatry not to defend it.

So might one think that not only is the subsumption of an individual (person, case, event, experience) under a concept a skill (reflective judgement, again) but that the derivation of inferential consequences of that subsumption is also a skill, something, eg., that resists codification? Perhaps. If so, it might be akin to making a moral judgement on Dancy's view. Nothing generally follows. What follows depends only on the particular circumstances. But not merely in the way that the application of codified Newtonian physics to a particular object depends on its context but rather in a way that resists any general codification (akin to Newtonian laws). Now that would be radical. Psychiatry as moral advice, as it were, though not only concerned with what is Good. Can this really be Tom's view?
Posted by Tim Thornton at 14:33

DSM-5 and the future of psychiatric diagnosis

I am in Geneva at a Brocher Symposium on DSM-5 organised by Matthew Smith. It is an interdisciplinary session with philosophers, historians, anthropologists and clinicians. My own contribution was to be a discussant for a paper by Vicky Long on the history of the the diagnosis of occupationally caused mental illnesses. Playing that role reminded me of the difficulty of commenting on one discipline from within another: the worry that one is simply missing the point. For example, if a paper charts the history of actual happenings, is it at all relevant to ask normative questions about whether something else would be or have been better? At its best, I guess that philosophy might be able to tease out some of the concepts both as deployed by historical 'actors' but also by historian analysts. (I lingered on the difference between work's tedium and the ennui and alienation it rationally prompts, on the one hand, and, on the other, it causing illness and then further how stable that distinction was.)

So far I am mainly chewing over a paper by Rachel Cooper, a precursor to which I heard last year. What was familiar was the idea that, just as the qwerty keyboard has become stuck because of the inertia of its beurocratic connections long after its initial rationale has ceased to apply, so the multiple uses of the DSM means that it is practically impossible to change (I can imagine Bruno Latour providing actual economic costings for changing it). That thought connected into a comment about the continuity, despite earlier talk of paradigm changes, of the actual content, the categories etc, of DSM-IV and DSM-5. What was new, however, was the fact that some framing comments about DSM have changed. The concept of disorder is no longer necessarily value-laden (it just usually is). DSM-5 is no longer supposed to be atheoretical but is grouped with the hope of spotting underlying theoretical uniformities. And... From this, Rachel drew two conclusions: there is no close connection between the theoretical frame of DSM and its content. And second, there is no reason to assume that the DSM has any single underlying broader conception of illness and healthcare. Afterall, it is written by several quasi autonomous subgroups and is read selectively and differently by its different readers. So the frame serves a less than obvious purpose. This prompted Gavin Miller to suggest, among other things, a kind of religious text analogy for the rhetorical purpose of the frame.

I am not sure about that. But there does seem to me to be an interesting question what the purpose of general definitions of disorder, or general comments on culture (discussed later by Stefan Ecks), is. Surely not, for example, to offer genuine guidance on whether a particular condition is a disorder (for the sorts of reasons Neil Pickering stresses). But to address that question would require some decision about the ground rules for answering it, for example, the role of the authors' intentions.
Posted by Tim Thornton at 13:34