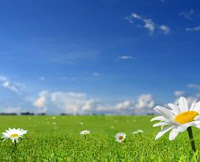 The Essex Autonomy Project is pleased to announce details of the Autonomy Summer School 2013, which will take place at the University of Essex on the 4 – 6 July 2013.

The Summer School is a three-day training course aimed at frontline professionals and researchers who face issues surrounding autonomy and mental capacity. The programme focuses on the key areas of:

Teaching on the Summer School programme will be provided by staff from the Essex Autonomy Project and guest practitioners and there will be a dedicated ‘clinic’ time for exploring dilemmas in practice. The Autonomy Summer School is designed for professionals in medicine, psychiatry, social care, policing, law, researchers and students.

Further details of the Autonomy Summer School, including an on-line application form, are available on our website: http://autonomy.essex.ac.uk/summer-school
Posted by Tim Thornton at 11:20

A work in progress...


In a post a couple of years ago, I expressed some suspicion of Hannah Ginsborg’s conception of primitive normativity. If I understand her, the idea is to locate a position which helps account for how concepts can be learnt and is poised thus between a merely dispositional account (which leaves too much of a gap still to be crossed to achieve full conceptual mastery) and a fully conceptual grasp (which begs the question of concepts can be learnt). The middle ground is a notion of ‘primitive normativity’:

“primitive normativity”: very roughly, normativity which does not depend on conformity to an antecedently recognized rule. [ibid: 233]

‘Conformity to an antecedently recognized rule’ corresponds to full blown conceptual normativity according to which:

the child says “42” after “40” because she recognizes, although without being able to put that recognition into words, that she has been adding two and that 40 plus two is 42. Her sense of the appropriateness of what she is saying thus derives from her recognition that it fits the rule she was following: a rule which she grasps, even though she is unable to articulate it. [ibid: 238]

Primitive normativity involves less than that. But it involves more than the merely reliable dispositional reactions of a suitable trained parrot.

unlike the parrot, [the child]... does not respond “blindly” to her circumstances. Even though she does not say “42” as a result of having grasped the add-two rule, nor a fortiori of having “seen” that 40 plus two is 42, she nonetheless “sees” her utterance of “42” as appropriate to, or fitting, her circumstances. [ibid: 237]

So even though the child lacks full blown conceptual mastery, she has a sense of appropriateness, fitting or belonging which merits the label ‘normativity’. Ginsborg gives a second example of sorting coloured objects before acquiring determinate colour concepts:

As she puts each green object in the designated box, it is plausible that she does so with a sense that this is the appropriate thing to do. She takes it that the green spoon “belongs” in the box containing the previously sorted green things and that the blue spoon does not, just as the child in the previous example takes 42 and not 43 to “belong” after 40 in the series of numerals. But her sense of the appropriateness of what she is doing does not, at least on the face of it, depend on her taking what she is doing to accord with a rule which she was following, for example, the rule that she is to put all the green things in the same box. For her grasp of such a rule would presuppose that she already possesses the concept green. [ibid: 235]

The objections to full blown conceptual normativity and to dispositionalism are clear (which is not to say I agree with them). What is less clear to me is just how primitive ‘primitive normativity’ is. My worry stems from a potential difference between two comments Ginsborg makes:

2: ‘Rather, it seems plausible to imagine her insisting, with no less conviction than a child who was able to cite the add-two rule, that “42” was the right thing to say after “40”: that it “came next” in the series, or “belonged” after 40, or “fit” what she had been doing previously’ [ibid: 234 italics added]

The former states that the counting child has no conception of what one move has in common with a previous move. The second allows for the possibility of some conception that the next move fits or belongs (ie does have something in common) with the previous one in context. The latter allows for a conception albeit a local one. I am unsure which Ginsborg believes.

Before setting out why a local conception is a satisfactory thing to hold to, it is worth seeing whether there is reason to think Ginsborg believes in the more minimal version. One passage which might prompt it runs:

Now one way to interpret the phrase ‘antecedently applicable rule’ is a context-independent specification of a rule. In the context of a mathematical series, that is a plausible way of cashing out full blown conceptual normativity. And hence its rejection might allow for a demonstratively specified merely local conception of the demands of a rule. But it might be taken to mean, and hence to rule out, any conception. If so, the context imposes a sense of what move belongs with previous moves, of what next move is right, independently of any conception the child has of what she is doing. The way the quotation continues adds to this impression:

This is not to deny that the normativity depends on any facts about the context, since the appropriateness of “42” depends on her having recited that particular sequence of number words. But it is to deny that her claim to the appropriateness of “42” depends on her recognition of a rule imposed by the context in virtue of the relevant facts, or a fortiori on her recognition of “42” as a correct application of the rule. [ibid: 235]

The picture is thus one in which facts about the context external to the child’s conception of the demands of the rule make normative demands. The context of having counted up to 40 makes saying ‘42’ appropriate independently of her conception of what she is doing. ‘42’ belongs to what has gone before, is normatively connected to it, but she does not recognise that this is the demand that the rule makes.

A second paragraph provides a distinct argument for the no conception view if that is wedded to the idea of a local conception of what going on in the same way is.

The argument is that grasp of what sameness comprises (and I am going to suggest that this is merely expressible demonstratively as going on like this) is insufficient for knowing how to continue. One would need to grasp the further rule that one should go on in the same way, that this is what the relevant normative demand is.

There is something to this. There seems little prospect of factoring grasp of a rule into grasp of sameness plus grasp that sameness is what one ought to aim at. As Wittgenstein stresses, sameness or agreement is internal and relative to the particular rule. Thus grasp of the rule and grasp of what agrees with it, what is relevantly the same in virtue of according with the rule, goes hand in hand. But this point applies equally to what Ginsborg does make explicit: that the child grasps that the next move fits, belongs or is appropriate to the context. Those notions are equally insufficient for going on correctly. (A rule could dictate that the next move should stand out from rather than fitting what has gone before.)

Objections to ‘no conception’ primitive normativity