Fashionable Diseases: Medicine, Literature and Culture, ca. 1660-1832, a new Leverhulme-funded project at Northumbria and Newcastle Universities, is pleased to announce the first of a series of workshops.

On 12th October, Dr Catherine Belling will be speaking on ‘Hypochondria and the Refashioning of Medical Uncertainty.’  Belling is Assistant Professor of Medical Humanities and Bioethics at Northwestern University's Feinberg School of Medicine in Chicago and the author of A Condition of Doubt: On the Meanings of Hypochondria (Oxford University Press, 2012).  With particular reference to the 18thc rise of pathological anatomy and the late 20th c rise of clinical ethics and patient autonomy, Belling will consider how the meaning of the term "hypochondria" has shifted in relation to what medicine has considered certain.  The paper will be followed by an open discussion on the changing shape of hypochondria through history.

The event will take place on 12 October in 121 Lipman at Northumbria University from 3-5pm.  All are warmly invited to attend.
Posted by Tim Thornton at 12:19

The Centre for the Social History of Health and Healthcare (CSHHH)

The CSHHH is a collaborative research group involving historians and students from Glasgow Caledonian University and the University of Strathclyde. Our activities focus on the way in which medicine, medical science, and healthcare systems have developed over time and have come to shape our contemporary experience.

Wednesday 26 September 2012
Dr Sabine Clarke
University of York
“New Uses for Sugar: The Search for Novel Drugs  and the development of the British Caribbean after 1940.”

Wednesday 10 October 2012
Dr Neil Pemberton
University of Manchester
"The Curious Episode of the Dogs that  Didn't Bark: Bloodhounds, Slum Stench and Jack the Ripper in the Late-Victorian Imagination."

Wednesday 21 November 2012
Dr Jamie Stark
University of Leeds
"Naming Death: The Many Anthraxes of Bradford, Britain and the World, c.1850-1920".

‘In defence of the indefensible: the use of Physical Restraint in Health Care Settings’
by Joy Duxbury, Professor of Mental Health Nursing

Post-lecture refreshments will be served in Darwin foyer at 19:30

Car parking available from 17:00 on Darwin and Foster car parks 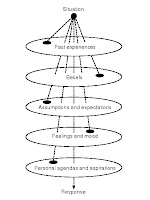 At the suggestion of one of my university colleagues – William Fisher – with both expertise in the nature of university teaching and a broader interest in the political context of universities, I’ve had a look, this evening, at a paper outlining some suggestions about the motivational and intellectual underpinnings of good teaching:

I must say that it seemed to make some sensible comments. The abstract runs:

This article proposes a framework for conceptualizing developing as a critically reflective teacher. The author posits that critical reflection is the distinguishing attribute of reflective practitioners. The term critical reflection as developed here merges critical inquiry, the conscious consideration of the ethical implications and consequences of teaching practice, with self reflection, deep examination of personal beliefs, and assumptions about human potential and learning. Essential practices for developing critical reflection are discussed. This article define processes fundamental to reflective practice. Teacher beliefs are self generating, and often unchallenged. Unless teachers develop the practice of critical reflection, they stay trapped in unexamined judgments, interpretations, assumptions, and expectations. Approaching teaching as a reflective practitioner involves infusing personal beliefs and values into a professional identity, resulting in developing a deliberate code of conduct. [ibid: 293]

So the basic idea is that critical reflection is a good thing but is difficult to achieve. The suggestions for how one does are not a million miles from a programme of self-administered CBT. Some of the difficulties and consequences are outlined.

In the context of a recommendation by a colleague I respect, I found it helpful. (Nothing that follows goes against that.) But I’m intrigued by just how different the underpinning rhetoric is to a philosophy based article. Here are two differences. The first may just be terminological slip but, I think, suggests that the paper is not in the game I initially assumed. The second is a more general observation about the style of writing and argument.

First, as the abstract says, Larrivee thinks that one element of becoming a ‘reflective practitioner’ involves ‘developing a deliberate code of conduct’. Now that is an interesting claim. I take it that a code of conduct is a code: something codified or set out. It contrasts with doing the right thing in context. The latter might be an exercise of phronesis. A code, by contrast, sounds to be a principles-based explanation, or account, or rationalisation, of what the right thing to do is. This is a surprising comment because the whole of the rest of the paper implies the opposite of this view: that becoming a reflective practitioner is a matter of becoming a phronimos, not memorising a code. In fact, the paper only picks up the phrase ‘code of conduct’ three times:

And so I think it merely an error to talk of a code. But how odd to use that phrase, and to make no attempt to head off the misunderstanding that the word ‘code’ might easily bring in its train, in the abstract and conclusion.

That’s probably just a slip. It does, however, make me wonder whether we are supposed to quibble with how precisely the claims are justified. Does Larrivee feel the need to get it exactly right? I wonder because there is a second and more interesting feature of the prose though there’s no knock down quotation. Let me just assemble a few comments and invite a reading of them.

In the introduction we have:

When teachers become reflective practitioners, they move beyond a knowledge base of discrete skills to a stage where they integrate and modify skills to fit specific contexts, and eventually, to a point where the skills are internalized enabling them to invent new strategies. They develop the necessary sense of self-efficacy to create personal solutions to problems. [ibid: 293]

But that reading becomes strained.

In a later section which begins to outline the process of developing the relevant constituent skills, we read:

The challenge of effectively managing today’ s diverse classroom involves self reflection as well as critical inquiry. By developing self-reflection, teachers become more cognizant of the interdependence between teacher responses to students and student responses to teachers. Through self-reflection, teachers become increasingly aware of how they are interactive participants in classroom encounters rather than innocent bystanders, or victims. Self-reflection involves developing the ability to look at what is happening, withholding judgment, while simultaneously recognizing that the meaning we attribute to it is no more than our interpretation filtered through our cumulative experience. When teachers develop the practice of self-reflection, they learn to: (1) slow down their thinking and reasoning process to become more aware of how they perceive and react to students, and (2) bring to the surface some of their unconscious ways of responding to students. [ibid: 298]

The first sentence is a bold claim. But is the second an analytic unpacking of the definitional claim or a claim about how reflective teachers tend to think and be aware? Ditto the next sentence: ‘Through self-reflection, teachers become increasingly aware...’ Do they? Have studies been done? Or is this again a matter of what it would mean to be reflective? If it is all analytic then the claim: ‘When teachers develop the practice of self-reflection, they learn to: (1) slow down their thinking and reasoning process...’ seems quite strict. Suppose a teacher had all the other virtues of self-reflection but was really quick at it. Would we deny them the status? Must one be a bit slow?

One immedate response I had was that the talk of teachers really called for a quantifier before it. Does Larrivee mean ‘all teachers’ or ‘some teachers’. ‘All’ would seem too bold. ‘Some’ would seem too weak. Missing the quantifier makes it sound like a shampoo or moisturiser advert in the UK: “Hair becomes silky smooth. Skin feels soft.” Not ‘all skin’ or ‘some skin’ or ‘your skin’ which would no doubt risk advertising standards questioning. Just: ‘skin’ or ‘hair’.

What I suspect is going on here – and again this may just be obvious so forgive my dimness – is that a series a general claims (perhaps akin to Aristotelian categoricals: ‘humans have 32 teeth’) are being lined up for those for whom the empirical backing is not really an issue. That is, although I want to ask what the status is of the various claims, mine is not the right response to this style of writing. The right response is to recognise a pithy summary of something we, the readers, are already in a position to know. So the comments I have highlighted are just like the very first sentences in the paper:

Today’ s classroom is dynamic and complex. More students are coming to school neglected, abused, hungry, and ill-prepared to learn and work productively. To combat increasing student alienation, and meet the scope and intensity of the academic, social and emotional needs of today’ s students, those entering the teaching profession will need to find ways to create authentic learning communities by adjusting the power dynamics to turn power over into power with learners. [ibid: 293]

Now I took it that this was just chutzpah. But it may not be. It may be that the idea is to select the reader who will go on. Agree with this and you may recognise the truth in what follows. What follows is not meant to carry a burden of empirical or conceptual force (empirical evidence or a sound argument). It is supposed to marshal what the reader already knows.

If so, that’s fine. But it is a very different underlying logic to something that looks on the surface quite like other academic papers. In my case, I like the paper because I trust my sponsor. Thanks, William.
Posted by Tim Thornton at 21:36