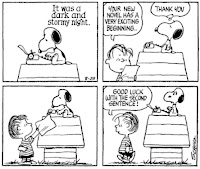 Asked by an ex-student why I was no longer writing a blog, I realised that the pat answer I offered – writers’ block – failed to shed any light on the phenomenon. For me the key phenomenon isn’t this. It isn’t primarily that I don’t know about what to write. At the level of a fallible glad start, I can suggest a variety of intriguing subjects. I say ‘fallible glad start’ because like the Wittgensteinian exclamation “Now I can go on!” it may be that the confidence proves misplaced when actually sitting down to write. But that is always the way. Nothing has changed.

Nor is it that I cannot or could not write anything. Under pressure, I’ve written many thousands of words on university business over the last six months. The issue, I think, is one of quality control. Concerning the things about which I want to write, I fear nothing I could write would be worth writing.

And at this point, a blindingly obvious thought strikes me. Why did I ever think, given the ridiculous amount of academic text produced every year, that I had anything worth adding to say? On this score, the current writers’ block isn’t the pathology. Rather, it was my previous garrulousness that looks suspect.

Reflecting a little more I realise that there is one further factor. I use the web as a way of thinking through the things that I am writing. I never assume that anyone reads it even though I do get emails of criticisms, objections, further thoughts etc. But one such regular interlocutor was a delightfully polite and thoughtful correspondent, an independent scholar and, where philosophy was concerned, something of an autodidact.

Sadly, he emailed and then later talked to me on the phone in Autumn to tell me he was dying and to give me his books. Before I had chance to visit him himself, he died. I realised, afterwards, that having had a particular audience in mind, even one I never met or talked to, gave even anonymous publishing on the web a more concrete purpose. Without it, it seemed less worth the candle. Goodbye and thanks, David Yates.
Posted by Tim Thornton at 14:38