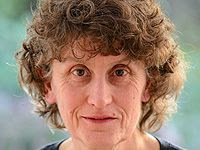 There was an interesting moment in a supervision with Laura Buckley today, this time prompted by something my colleague Bernie Carter (pictured) said. Thinking about how effective the older people whom Laura had interviewed were in thinking through and communicating their thoughts about their wellbeing, Bernie, who is interested in children's pain on the nicest interpretation of that phrase, commented on the broad opposing views of pain and language. On one, language fails to communicate the real nature of pain, which is private to the sufferer. On the other, there is an essential connection between pain, expressing pain, and communication and hence no gap between what is felt and what communicated. (As an ex Wittgensteinian, my hand is tied in this debate, of course.)

Now in the somewhat boisterous cut and thrust of supervision without the steadying hand of Laura's director of studies, I missed the exact nature of the connection Bernie was suggesting. But it prompted the following thought. Unlike the pain case, where maintaining the second view takes a bit of philosophical work against the insidious idea that pain is pain whether or not it is there to be expressed (and hence it would be merely good fortune if it could be put into words), my intuitive thought about wellbeing goes the other way.

Roughly, it is a pre-philosophical view that to enjoy wellbeing is already to be in the space of reasons. A state of wellbeing is not one which one can enjoy without some conception of a life to be lived and a realisation that one is living it, even if merely in part.

(Perhaps one needn't have a conception of a life as a whole but merely of an aspect. For example, that one likes the conviviality of the pub with friends on a Sunday lunchtime. But my hunch, an argument for which I rather owe, is that that only works in the context of at least an inchoate conception of a life into which that aspect fits. The context in which the beer is pulled by slaves and the pub heated by burning kittens is not one which will enable such a visit to sustain wellbeing. One will need to take it - truely or falsely - to be the case that that is not how things are. Hence an escalation of conceptions from the specific to the general.)

But although I want to suggest that it is pre-philosophical, the hunch comes under threat from the fact that 'wellbeing' simply isn't a word in vernacular use. Laura has had to fish for an appropriate understanding of it whilst not pressing specific interpretations (and thus undermining the objectivity of her research). So how could it be that one must be self-conscious to enjoy wellbeing if neither the word, nor a convenient synonym (had there been one, Laura would have used it) is in popular use?

I think that the answer to that is that there are a number of distinct ways for agents or actors to pick out aspects of living which the interpretator or theorist take to be wellbeing. So the conception under which the life is so conceived is a mere aspect for which the theorist can provide a rationale for taking it to be an aspect of wellbeing.

This suggests something like the following interesting possibility. There may be a different kind of gap to the one Bernie was sketching. Not between a preconceptualised state (wellbeing as akin to pain on a non-Wittgensteinian view) and its linguistic expression but between the theorist's conception of wellbeing at an abstract level and the agents' conceptions of different ways in which it can be realised. Perhaps agents' conceptions of what the theorist takes to be wellbeing have nothing independent of the theorist in common?
Posted by Tim Thornton at 16:17 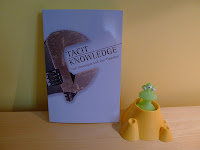 My co-authored book, with Neil Gascoigne, Tacit Knowledge, Durham: Acumen, is out now in hard and soft covers.

Later, I must try to frame some thoughts about the co-authoring process which really is quite a strange one in philosophy, a subject in which no two people would be expected to think alike.
Posted by Tim Thornton at 16:23

I've been at the Health Research with Real Impact conference today. With a wide ranging programme across the field of health research, I wasn't sure how much, as a mere philosopher, I would be able to understand. But the unifying theme of the morning, although called 'knowledge management', was more specific even than that. Roughly, why is it that potential innovations backed by good quality evidence are not easily adopted? Why are 45% of well researched innovations not taken up?

Here are two specific examples, both from cancer care. My colleague Kinta Beaver discussed resistance to the idea of using telephone follow-up consultations in place of hospital based face to face encounters despite both its popularity  with patients and with its clinical effectiveness. Thomas Hack, from the University of Manitoba, discussed the problem of first consultations for those diagnosed with cancer.  Typically, he reported, patients are anxious and as a result fail to take in or retain information put to them. The answer, which is hardly rocket science, is to record the consultation and give the patient a copy at the end. But the interesting thing was that despite good quality Cochrane review evidence for its effectiveness in a variety of degrees there was little initial uptake for it

Different speakers gave different examples of specific approaches to addressing the gap between good evidence and change of healthcare practices. For example, Janice Eng of British Columbia showed a website which ranked research papers relevant to spinal cord injury but also made available unpublished research (which interestingly increased subsequent journal publication rather than diminishing it).£But I was more interested in the reason for the inertia in the first place. Tom Hack reported that whilst all the clinicians he interviewed about recording consultations shared a view of its probable efficacy (there being much published evidence) they disagreed about the specifics of the perceived obstacles. It seems oddly coincidental that all agreed that there would be obstacles but they disagreed about the particular reasons. What, I want to ask, is the real reason? Is it simply a universal conservatism? Is there anything more interesting behind this?

I was also struck by an ironic reversal. At the start of the morning, a couple of speakers invoked the idea of 'mind-lines' to explain entrenched habits  of thought which might explain inertia in the face of change. This is not an idea I have heard expressed before in UCLan. But in questions later, this conceptual innovation was eagerly embraced by nearly everyone. No inertia there.£
Posted by Tim Thornton at 11:54 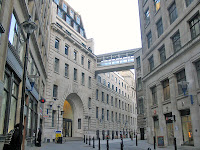 I took part in a panel discussion at the LSE this week under their Consilience series. Matthew Broome and Bonnie Evans were the other panel members, it was chaired by Kristina Musholt, and organised by Juliana Cardinale. In a packed - and very swish - lecture theatre, I found the questions from the audience varied and helpful and, despite the contested nature of mental healthcare, surprisingly good natured. But I regretted afterwards that we failed to provide a really clear outline of the logical geography of the philosophy of mental illness: mainly my fault, I could have done so but chose instead to give an overview of activity in philosophy and psychiatry. (There is a podcast of the event available here.) But one other coincidental aspect of the evening struck me.

Between 1991-3, I worked at the LSE as a university administrator before going round the world for a year. It was an emotionally charged period in that I had to learn a lot quickly about non-academic work in which I was hugely helped by a fine boss (Michael Arthur); there was a surprising degree of pressure elsewhere in the administration (much shouting on other floors); and I had simultaneously to rewrite my PhD from scratch with a new supervisor. Memories from those two years often come back to me. And hence, I assumed that if I were to walk into the building in which I used to work and where I would arrive with some trepidation every morning that memories would flood back, that I would have an affective response. Weirdly, I tried the experiment and nothing happened. I cannot project myself back into that life any more. All the facts are the same - I remember just as much - but the affective colouring has gone. Odd to have no first person authority in advance over this.
Posted by Tim Thornton at 12:40