Language and the first-person perspective

This one-day Advanced Seminar examines the theme of language and the first-person perspective from a number of disciplinary perspectives, with a particular focus upon the significance of these debates for people with people with mental health conditions. The seminar is the third annual meeting of the Values-Based Theory Network hosted by the St Catherine Collaborating Centre for Values-Based Practice, in collaboration with Manchester Metropolitan University.

How does it feel to be you acting in the world through the use of language or actively entertaining your own cognitions? And what happens when such a feeling is disrupted, ascribed to you by someone else or conferred upon something else?

Our experience of the surrounding world and of our own selves in thought and language is tightly linked to the first-personal sense of agency. As such, its loss, disruption or misattribution can severely affect all aspects of our conscious life. How we describe the experiences of mental illness also goes hand-in-hand with dignity and respect, and thus something that everyone working in mental health contexts needs to think carefully about.
In bringing together philosophers, psychologists, linguists and lay representatives, the Advanced Seminar strategically responds to the BSA (2015) Guidelines on the use of language in relation to functional psychiatric diagnosis platform statement that the profession needs to move towards a system which is no longer based on a ‘disease’ model, yielding public affirmation of the large and growing emerging evidence that experiences hitherto described in functional diagnostic terms may be better understood in psychosocial terms.

Our aim is to open up a co-creative multi-disciplinary dialogue between practitioners, academics and lay representatives about the ways we might think and argue differently about the benefit of re-appraising the first-person standpoint in understanding the experience of mental illness and self-knowledge through the use of language, with a view to identify creative techniques for patient empowerment, education and clinical treatment, in shaping future direction of the research and innovation collaboration.
Confirmed speakers: 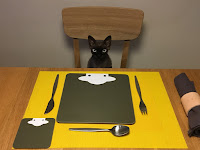