I have been invited to act as a commentator on the Loebel Lectures in Oxford this year with the title The theoretical challenge of modern psychiatry: no easy cure. The lectures run Tuesday to Thursday and there is a workshop on the Thursday.

We are pleased to announce that the 2015 Loebel Lectures in Psychiatry and Philosophy will be delivered by Professor Steven E. Hyman, director of the Stanley Center for Psychiatric Research at the Broad Institute of MIT and Harvard as well as Harvard University Distinguished Service Professor of Stem Cell and Regenerative Biology. From 2001 to 2011, he served as provost of Harvard University, the University’s chief academic officer. As provost, he had a special focus on developing collaborative scientific initiatives that span multiple disciplines and institutions. In that role he helped shape the Broad Institute and Harvard’s Wyss Institute for Biologically Inspired Engineering. From 1996 to 2001, he served as director of the U.S. National Institute of Mental Health (NIMH), where he emphasized investment in neuroscience and emerging genetic technologies, as well as the establishment of DNA collections to facilitate genetic studies at large scale. He also initiated a series of large clinical trials with the goal of informing practice.

For 2015, we are holding a series of three public lectures and a one-day complementary workshop, details below.

Lectures: 3, 4 and 5 November 2015 All three lectures will take place between 6-8pm, at the *Grove Auditorium, Magdalen College, Longwall Street, Oxford OX1 4AU. *Important note - the venue is accessed via Longwall Street only.

All are welcome to attend these public lectures, however booking is required. Please book your place for each lecture separately on our bookwhen site. Please note the venue requires us to issue tickets so please print out and bring your booking confirmation with you.

Series title: The theoretical challenge of modern psychiatry: no easy cure
Posted by Tim Thornton at 17:07

I’m giving a short 10 minute talk on this blog to colleagues with an interest in social media. In such circumstances I feel a little bit fraudulent as there is no single rationale for my keeping this and hence no clear argument to suggest that anyone else should. Further, others have strategies for dep[loying social media for very particular purposes of self promotion whilst I have never been sufficiently cold blooded about it. Still, as Wittgenstein points out, we send people to prison for a variety of reasons and that doesn’t suggest no rationale at all.

I guess the key factors are:
Practicalities / style guidelines: I write assuming that there is as much chance of a readership as the papers I Blu-Tack to my office door. Hence no apologies for time off nor use of the vocative. I warn people if I write up a substantial conference paper or a draft formal review of a book. I don’t worry too much about past links. Google based Blogger is favoured by Google searches. Wordpress is slower but, I'm told, has better access.

Some manifestos
Posted by Tim Thornton at 09:16

Levels of explanation in psychiatry

Campbell’s rejection of a priori connections is put to the service of a denial of coherence to the very idea of levels of explanation. Such an idea presupposes, he argues, the idea that causality presupposes intelligibility in the world and Hume refuted that. That is, Campbell ties the idea of a level of explanation to a causal structure which makes sense to us. He then argues that because causation is in fact merely brute (following Hume), thinking that causal explanation tracks an intelligible structure in the world mistakenly projects a synthetic a priori structure onto the world. Philosophers are tempted by such synthetic a priori claims but should reject them.

Wittgenstein’s discussion of rational explanation suggests that there is, contra Campbell, reason to hold that there is such a synthetic a priori. It is the price of the assumption that a state is intentional or content laden.

But it seems to me that this is wrong. Murphy’s claims address forms of explanation currently in vogue. They leave as possibilities that either ontological or epistemological housekeeping might return the scene to Marr’s or Putnam and Oppenheim’s views of what must be. Campbell goes further: if he is right, there cannot be any levels with which psychiatric data can be reconciled. No house-keeping is possible.

Against that, Wittgenstein argues for something distinct. There need not be any harmony between levels of explanation, but there is a reason to hold to some distinct forms of intelligibility. The rationale for a synthetic a priori is that that is the way intentionality comes into sight.

Loneliness research in psychology and operationalism

I spent a day at a research group meeting, organised by Pam Qualter, with a focus on the psychology youth loneliness with researchers, mainly working within psychology, from the rest of the U.K., Holland and Belgium. Because of the disciplinary background, it was interesting to hear about the variety of studies being done, looking, for example at the difference between those people who find a transition, eg between schools, as an opportunity for a fresh start and those who instead feel loneliness. Or the idea that using Facebook to increase an existing social group is generally experienced positively whereas those who use to to try to add to or replace an inadequate social life are disappointed. Or the difference between using Facebook when that is culturally normal and when it is not, where the difference amounts to removal, or not, from the wider non-online social group. Flung into the conversation was the finding that there is a link between loneliness and rumination and an inability to get over or learn from bad experiences. Also, girls with lonely friends tend to get more lonely whereas boys get less lonely. This perhaps suggests co-rumination in the former case. Also, that across all ages there is no difference in loneliness between the genders.

I was also reassured that despite the practical or clinical need in some cases not to ask people about their bad experiences - and hence wording questionnaires only positively - that in general the affective character of loneliness was often directly investigated. My worry had been that asking about social connections and support might mistakenly assume that happy loners are lonely. But even here it seems to me that there are difficulties if one investigates loneliness in other terms even if affective. I might, for example, think that I do not have enough friends on some cultural standard, or even think that I might like having more, without actually feeling lonely. Surely those young people who want more Facebook friends for reasons of apparent status may feel disappointed or inadequate. But not lonely?

If on the other hand, what it is to feel lonely is to be disposed to use that very word of oneself, then how does one police the use of that word, especially with the young? Luc Goossens, from Belgium, reassured me that there is evidence that pre-school onwards children say they are 'sad because they have no friends' and slowly learn more sophisticated understanding. I guess that this example is no more mysterious than any other case in which from apparently patchy reinforcement in the face of all sorts of Kripkean possibilities, speakers converge on the same understanding.

Towards the end of the day, however, Mark Atkinson, University of Exeter, raised a point which seemed to me quite crucial. Apparently, the scaling dimension in the UCLA loneliness scale is frequency. There is no measure of intensity. There was some discussion about whether this mattered, whether anything would turn out empirically different if an attempt were made to add intensity to the scales and hence to the research. The mood of the group was that it probably wouldn't matter. I am less sanguine about this. It suggests to me that what is being measured isn't loneliness as an emotion or state but particular expressions of loneliness. And the frequency of such expressions might not correlate very well with the strength of the emotion itself. The frequency of particular expressions, particular feelings, might depend on contextual factors, for example, and hence be a measure of the presence of those prompting factors. But the most obvious feature of loneliness seems to me to be intensity. There is all the difference in the world with the bitter-sweet loneliness I feel when I go for a walk in the Lake District and the sense of loneliness when stuck in Paris a few years ago. How often did I feel lonely? All the time! Once!

I asked whether there was an articulation of the concept of loneliness within psychology which the scales then attempted to be measures of. There might be an analysis of loneliness in the way that there are competing philosophical models of emotions more generally which focus on different - cognitive and affective - elements. But it seems that there is only the operationalisations. That suggets, if I understood, that there is no theoretical mediation between the folk concept and scales which seems rather bald.
Posted by Tim Thornton at 16:23 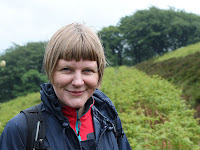 Rattling back on the train from Oxford today (8 hours of travel for 7 hours of workshop), from an Advanced Seminar and Inaugural Values-Based Theory Network Meeting, organised by Anna Bergqvist for the The Collaborating Centre for Values-based Practice in Health and Social Care, I was struck by how tricky it is to balance the opposing requirements on a conception of values based practice.

An aside: I have now taken to stressing to mental health nursing students at UCLan that there is an ambiguity in the spoken label: values based practice. So ‘values based practice’ is any approach to healthcare that takes appropriate note of the role of values (as one of my students suggested last week). By contrast ‘Values Based Practice’ is a proprietary brand of this promoted by Bill Fulford. That is why there can even be books critical of the very idea of VBP but not vbp. Mentioning this, today, Bill seemed rather amused by the distinction.

The opposing requirements on a conception of values based practice concern the imperative to get the philosophy right versus the need to encourage approaches which do not result in the danger of paternalism. Stressing the latter justifies Bill Fulford in resisting the allure of moral particularism. Stressing the former motivates philosophers – like me - to criticise VBP’s proceduralism from the perspective of moral particularism. Today, however, hard opposition was put aside and some peripheral issues explored.

Criticising my own papers on idiographic understanding (for the wrong reasons, I still think), Anna Berquvist made an interesting suggestion. We should think of vbp as containing an idiographic element as present in the way that a patient or service user’s reports of their circumstances and wishes / values constitute a claim about the world (understood in the broad way moral particularists understand ‘world’). Deploying a phrase to remind us of Charles Travis, she described these as ‘answerable stances’ and suggested that – following Travis – identifying the stance they are and the alternatives they rule out calls for a specific focus on that person (she didn’t say but probably meant sotto voce: and occasion).

Further, she suggested that this called for narrative understanding. Echoing this back in a question, I asked whether she meant that the gap between the general context-independent meanings of words and the particular claims they can be used to mean on particular lips on particular occasions (thus framing an answerable stance) was meant to be filled by narrative and if so, why stringing words together in narratives answered this problem (by contrast with missing it altogether if narratives are words with meanings in general; or begging the question if narratives are words on the understandings presented by the occasion). Sadly we ran out of time for a proper discussion of this point. And, in truth, my own paper (based on this) also faced the awkwardness of the narrative theorists dilemma: either ubiquitous but vacuous or specific but rare.