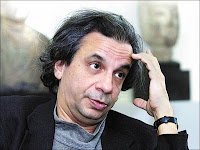 At an ethics seminar yesterday I accused the speaker of, in effect, deploying Moore’s Open Question argument without a way of immunising his own positive account from its effects. Cycling back to the station I wondered how fair the question had been given that something akin to the Open Question argument can be deployed against any philosophy which advances an analysis of something. Only therapeutic and critical philosophy is unquestionably immune. At the station a colleague, by contrast, wondered aloud whether Moore had simply not read Frege and thus the extent to which the argument might simply be turned aside by conceding a distinction at the level of sense but not reference. Fortunately, I remember a paper in just this area. Unfortunately, I’m not at all sure that I follow the argument correctly. It goes something like this.

In ‘Intentionality and norms’ [in de Caro, M. and Macarthur, D. (eds) 2004 Naturalism in Question Cambridge, Mass: Harvard University Press] Akeel Bilgrami (pictured) suggests that a combination of ideas from Moore – via Kripke – and Frege undermines the possibility of equating intentional states and dispositions. In this, he follows Wittgenstein against Davidson. The argument, which is akin to White’s property dualism argument, runs, roughly, as follows. Any attempt to offer a definitional (analytic or a priori) connection between intentional states and first order dispositions falls to Kripke’s Moorean interpretation of Wittgenstein. One can ask, with Moore’s Open Question objection to ethical naturalism, “I have a disposition to F, but ought I?” If the answer is non-trivial then F is the content of a mental state over and above a mere dispositional state to F.

But as Bilgrami points out, modern identity theories tend to deploy a posteriori connections against which the Moorean question seems to have no force. Nevertheless, as he points out, even if there is an a posteriori identity between an intentional state and such and such a complex of dispositions, it is possible for a subject to doubt – through philosophical ignorance – that, although they intend to F, they have the corresponding dispositional complex. Making sense of this requires explaining the Fregean sense of the term to be analysed naturalistically. But this move faces a dilemma.

The problem is to articulate the conception of the state that the ignorant subject has. Thus the sense of the term has to be picked out using specific properties. Now these could either be naturalistic or non-naturalistic properties. But if the former, then Moore’s open question argument can again be deployed against what is a definitional connection. In effect this challenges the interpretative suggestion that the subject does conceive the state in this way. But if the latter, then, according to Bilgrami ‘there is no fully effective naturalistic reduction in the first place’ [ibid: 132].

This last claim is very brisk. Given that the form of naturalism being considered claims that there is an identity at the level of reference (between intentional states and complex dispositions) why should it matter that, at the level of sense, it admits intentional, normative properties? The problem is that making sense of the subject requires ascribing a conception that makes sense and this involves commitment to the properties deployed. Call this step X.

But suppose that articulation of the subject’s conception did deploy only non-normative naturalistic properties. Then there is either an a priori or posteriori connection between them and the normative properties. If the connection is a posteriori then this will not explain the conception a subject has who is ignorant of the philosophical analysis. If it is a priori, then again we can deploy the open question argument (and we cannot explain how the connection at the level of reference is supposed to be a discovery). Thus there looks to be no easy way to naturalise intentional mental states.

Even as I type it, I wonder about step X.

Postscript: I've found some discussion of this paper on the AHRC funded Transcendental Philosophy and Naturalism project blog here.
Posted by Tim Thornton at 11:22 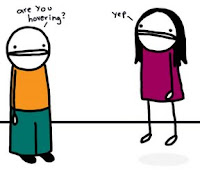 Catching up with last week’s Guardian newspaper science course I was struck by the strange desire people seem to have to say philosophically charged, contentious things when there’s no need. In what is supposed to be an introductory discussion of electricity, the author starts off:

Consider the befuddled reader, sitting at his kitchen table; holding the booklet that tumbled out of the day’s newspaper; knowing that to concentrate on yet more complicated science would be a worthy thing, but finding it far more pleasant just to rub his fingers against the rough grain of the nice paper. His brain is wandering on autopilot, and it almost seems that he’s not really all there.
Which is correct.
Nearly all our body is empty space. This applies not just to the cranium of George W Bush, but even earnest booklet readers. For our bodies are made of atoms, and atoms come roughly in two parts: a solid central core, tiny and hidden away in the atom’s depths, and far from that core, in distant orbits, are the clouds of electrons.
The main bulk of each atom is just empty space. What keeps the booklet from slipping right through our palms is that the electrons on the surface of our atoms are, roughly, shooting a powerful force field upwards. That force is, like gravity, one of the few fundamental powers of nature. The electrons of your hands hit the force field coming down from the electrons on the bottom of the pamphlet, and when the two collide, something miraculous happens: the booklet stops falling.
We think we’re holding the book, but in fact it’s actually hovering, a very small fraction of an inch above our fingers and palms. In the same way, our clothes aren’t resting on us, but are in fact floating very slightly above our skin. Indeed, even though our posteriors may seem to be settled upon the comfortable kitchen chair, in fact they’re also suspended, hovering a similar fraction of an inch above the topmost electrons in that chair.

The really striking sentences is ‘We think we’re holding the book, but in fact it’s actually hovering, a very small fraction of an inch above our fingers and palms’. The scientific account is presented as undermining what we take for granted and replacing it with something quite startling. But whilst refutation of everyday experience is obviously sometimes possible (eg. the replacement of the geocentric by the heliocentric system) in this case there’s a real problem with knowing how the meaning of the claim denied might be held stable in the face of the denial.

It seems a good instance of PF Strawson’s suggestion that scepticism involves explicitly denying some conceptual connections whilst simultaneously having to presuppose them for its claims to make sense. In this case, if one cannot correctly teach the meaning of the verb ‘to hold’ by appeal to such everyday acts, what sense does ‘hold’ have in the claim that we never hold books because they hover above our fingers?

There’s no need to say any such thing in this case. Holding is explained at the microscopic level by electrical repulsion. But that isn’t as spooky as talk of books hovering out of reach.
Posted by Tim Thornton at 15:14