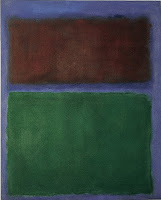 Talking to a friend late last night I found that I couldn’t persuade her of the attractions of the broadly Wittgensteinian line on aesthetic appreciation: that paradigmatically it is not a matter of ‘that’s nice!’ but ‘those lapels are too narrow’. It’s a matter of judgement. And hence there would be something very odd about the idea of liking something but having nothing to say about it. Mitch thought, by contrast, that that happens all the time.

Taking her favourite recent film as an example (the last Star Trek movie was her rather surprise choice), I tried to persuade her that the content of what she wanted to describe about it (starting with something quite detailed about the interplay of the two Spocks within the story, and the contrast of the two actors outside that; I forget the details: it was late) was the sort of content that might enter an aesthetic appreciation: the content and the experience might be one and the same. Further, one’s knowledge might be heavily contextual: all about Spock and those actors rather than a general theory of how fantasy characters tend to act in genre films. (The latter point was intended to make the kind of knowledgeable articulation I think is central rather more plausible.)

Sadly for my own case, we were sitting beneath a print of Rothko’s Earth and Green (which I’d rescued from its previous owner’s skip-based plans for it) and which I very much like. But my ability to say anything about why I like it is fairly non-existent. (It is more a case of that than why: I like the juxtaposition of that colour and that, that ratio of sizes etc. But why, I canot say.) And, worse and worse, in general in contemporary art, my ability to articulate a view of the work is nearly always a sign I don’t like it. Liking, by contrast, is a kind of silent default.

Perhaps I could borrow David Bell’s insistence (in responding to a thought of mine) on the separation of aesthetic experience and judgement for just this one kind of case. And in any case, reasons will have to give way to features that are intriniscally or paradigmatically attractive at some point if there are to be reasons at all. It is just that that is almost the first stage for me for conceptual art.

But what of more interesting intermediate cases, where there is some obvious structure but still some obscurity? Filled with a Sunday melancholy I’ve been reading some of the poems of John Ashbery (my house guests oddly invisbily tucked into corners of Thornton Towers elsewhere). This I love, but I can hardly begin to fathom why:

The room I entered was a dream of this room.
Surely all those feet on the sofa were mine.
The oval portrait
of a dog was me at an early age.
Something shimmers, something is hushed up.

We had macaroni for lunch every day
except Sunday, when a small quail was induced
to be served to us. Why do I tell you these things?
You are not even here.

But even here I can tell you that the key phrase, crossing the line end in the second verse, is induced to be served to us. Induced! And quail. Ah yes, there is after all a story to be told of this.
Posted by Tim Thornton at 19:30