How is experience supposed to be a positive reason for belief in Mind and World? 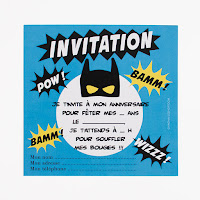 I’ve been working on final edits to the second edition of my book on McDowell and I’m increasingly confused by something that, surely!, should have bothered me much more in the past. It concerns the status of experience as a reason for belief, which is one of the most obvious features of the Mind and World account.

In the first version of my book, I took the following as a key statement of McDowell’s empiricism.

By contrast with later work, on the Mind and World picture, experiences contain the very same kind of propositional content as is contained in judgements and, further, in the specific judgements they can, when all goes well, rationalise.

A judgement of experience does not introduce a new kind of content, but simply endorses the conceptual content, or some of it, that is already possessed by the experience on which it is grounded. [McDowell 1994: 48-49]
Note that grounding need not depend on an inferential step from one content to another. The judgement that things are thus and so can be grounded on a perceptual appearance that things are thus and so. [McDowell 1994: 49 footnote6]

The link from experience to belief is not an inference. Elsewhere McDowell says:

In the conceptual activity I am mainly concerned with, that of making observational judgments, what matters is the rationality exemplified in judging whether things are thus and so in the light of whether things are (observably) thus and so. The content of the item in the light of which a judgement of this kind has its rational standing is the same as the content of the judgement itself. The only inferences corresponding to the rational connection in question would be of the “stuttering” form, “P; so P.” [McDowell 2009: 32]

I said (§4) that when we enjoy experience conceptual capacities are drawn on in receptivity, not exercised on some supposedly prior deliverances of receptivity. And it is not that I want to say they are exercised on something else. It sounds off key in this connection to speak of exercising conceptual capacities at all. That would suit an activity, whereas experience is passive. In experience one finds oneself saddled with content. One’s conceptual capacities have already been brought into play, in the content’s being available to one, before one has any choice in the matter. The content is not something one has put together oneself, as when one decides what to say about something. In fact it is precisely because experience is passive, a case of receptivity in operation, that the conception of experience I am recommending can satisfy the craving for a limit to freedom that underlies the Myth of the Given. [McDowell 1994: 10]

Elsewhere he sets out Sellar’s account on which his own is closely based (in these regards, at least).

The conceptual episodes Sellars is concerned with, when he speaks of visual experiences as claims, are not as such cases of judging. Even if one does judge that things are as they look, having them look that way to one is not the same as judging that they are that way. In some cases, perhaps, one does judge that things are a certain way when look that way-acquiring the belief that they are that way by freely up one's mind that they are that way. But more typically, perceptual belief-acquisition is not a matter of judging, of actively exercising control over one's cognitive life, at all. Unless there are grounds for suspicion, such as odd lighting conditions, having it look to one as if things are a certain way-ostensibly seeing things to be that way becomes accepting that things are that way by a sort of default, involving no exercise of the freedom that figures in a Kantian conception of judgment. So there is a disconnection between perceptual experience and judging. [McDowell 2009: 11]

As in the key statement from Mind and World I quoted above, this passage suggests that experiences have a content, contain a claim (or rather many claims), that can be endorsed in a judgement. They share the same content, the sort of thing that could be put forward as a claim. That is what the idea of experience as conceptually structured buys for McDowell. But how does an experience provide a positive reason for a judgement? The following passage, which starts with an example that emphasises the distinction between experience and belief, also contains a suggestive metaphor.

Consider a person who thinks her visual experience does not put her in a position to say how things are in some respect. But she later realizes she was wrong about that, and says something on these lines: I thought I was looking at the tie under one of those lights that make it impossible to tell what color things are, so I thought it merely looked green to me, but I now realize that I was seeing it to be green… Our subject accepted the less committal proposition, but having an impression is not to be identified with accepting such propositions, any more than it is to be identified with accepting the more committal proposition that constitutes the impression’s content. An impression is something like an invitation—a petition, as Robert Brandom puts it in his contribution to this volume—to accept a proposition about the objective world. Our subject refused the invitation, but responded to it to the extent of accepting a proposition about how things looked to her. But one need not respond, even to that extent, to the invitation to belief that an impression is. [McDowell 2002: 278]

I mis-remembered Mind and World as also using the idea of experience as invitation to believe but I do not think it does. It’s here in the later collection Reading McDowell [Smith 2002]. McDowell’s response here is to a challenge Barry Stroud issues.

McDowell nonetheless puts his problem of how experience can give rational support to empirical judgments as that of accounting for “the way appearances can constitute reasons for judgements about objective reality” (p.62). His answer appeals to “rational relations” between experiences and the judgments about the world that we make on the basis of them (p.52), and he appears to think of those relations as holding between the contents of the experiences and the beliefs (p.166). “Because it looks square,” he says, is “easily recognized” as giving a reason to believe “It is square” (p.165); it is the person’s reason for believing that the object is square. But is it recognized as a reason because we discern a certain “rational linkage” between the content of the experience and the content of the belief? I think the content of an experience alone cannot give a person reason, or be a person’s reason, to believe something. The content of an experience is typically expressed in a proposition, and propositions are not reasons, nor do they make other propositions reasonable. Propositions are true or false, not reasonable or unreasonable, justified or unjustified. Even if one proposition implies another, it does not justify, support, warrant, or make reasonable that other proposition. What is justified or reasonable or supported or warranted is a person’s accepting a certain proposition, or rejecting it, or taking some other attitude toward its truth. [Smith 2002: 89]

McDowell’s response to this worry includes the following thought:

Stroud writes: “‘Believe’ is perhaps not the best word to capture the attitude of acceptance or endorsement involved in perception, especially if it suggests actively making up one’s mind.” But my problem with the suggestion is not met by insisting, correctly enough, that belief-acquisition can be involuntary. My problem is that I think we need an idea of perception as something in which there is no attitude of acceptance or endorsement at all, but only, as I put it, an invitation to adopt such an attitude, which, in the best cases, consists in a fact’s making itself manifest to one. [McDowell 2002: 279]

I don’t know why this didn’t seem baffling to me before. Before repeating the metaphor of invitation, McDowell here stresses: “I think we need an idea of perception as something in which there is no attitude of acceptance or endorsement at all”. He needs that because experience is supposed to be what provides the grounds for perceptual beliefs and thus cannot simply be – cf Davidson's experience-free picture of justification – a full blown perceptual belief itself. But now, if it is anything less than accepting a claim – which is what is supposed to follow from the experience, not be the experience – what less than that would have any rational sway on subsequent belief at all? An invitation would have to be one which had a good chance of being accepted, not just one of a set of contradictory invitations found on the doormat of a popular socialite. It must be more than just some sort of hypothetical content, such as the antecedent to a conditional. It must be more than just the claim that could be made using a sentence. As Charles Travis puts it:

An English sentence is not in any way committed to things being some one way rather than another. It does not pretend, or purport, that that is how things are. If one understands the English sentence ‘Pigs swim’ one thereby has it on no authority at all that that is how things are. It would be a gross misunderstanding to see English as thus saddled with such a preposterous collection of contradictory commitments. [Travis 2004: 61]

I’ve always focused on the account of how experience might have the right sort of shape to carry a claim that could be endorsed in a subsequent judgement: its having a conceptual articulation modelled on Sellars’ Myth of Jones (according to which we just should not be worried about states containing claims modelled on explicit judgements). But I’ve insufficiently worried about how it was ever supposed to provide reason for that judgement. Of course, this is the focus of that Travis article: to say that there’s no logical space for a notion of representation that does what McDowell needed it to do. But it had not occurred to me until now how little McDowell ever offered by way of an account of the evidential or rationally compelling status of the content supposedly contained in an experience on subsequent judgement. Unless the experience is in some partial sense always already endorsed, what weight can it carry for subsequent judgement?

The decisive moment in the conjuring trick looks to be stressing how the same content can be both contained in an experience and also endorsed in a judgement, not saying why the experience provides any reason at all to do that.