Two short thoughts after the death of my father 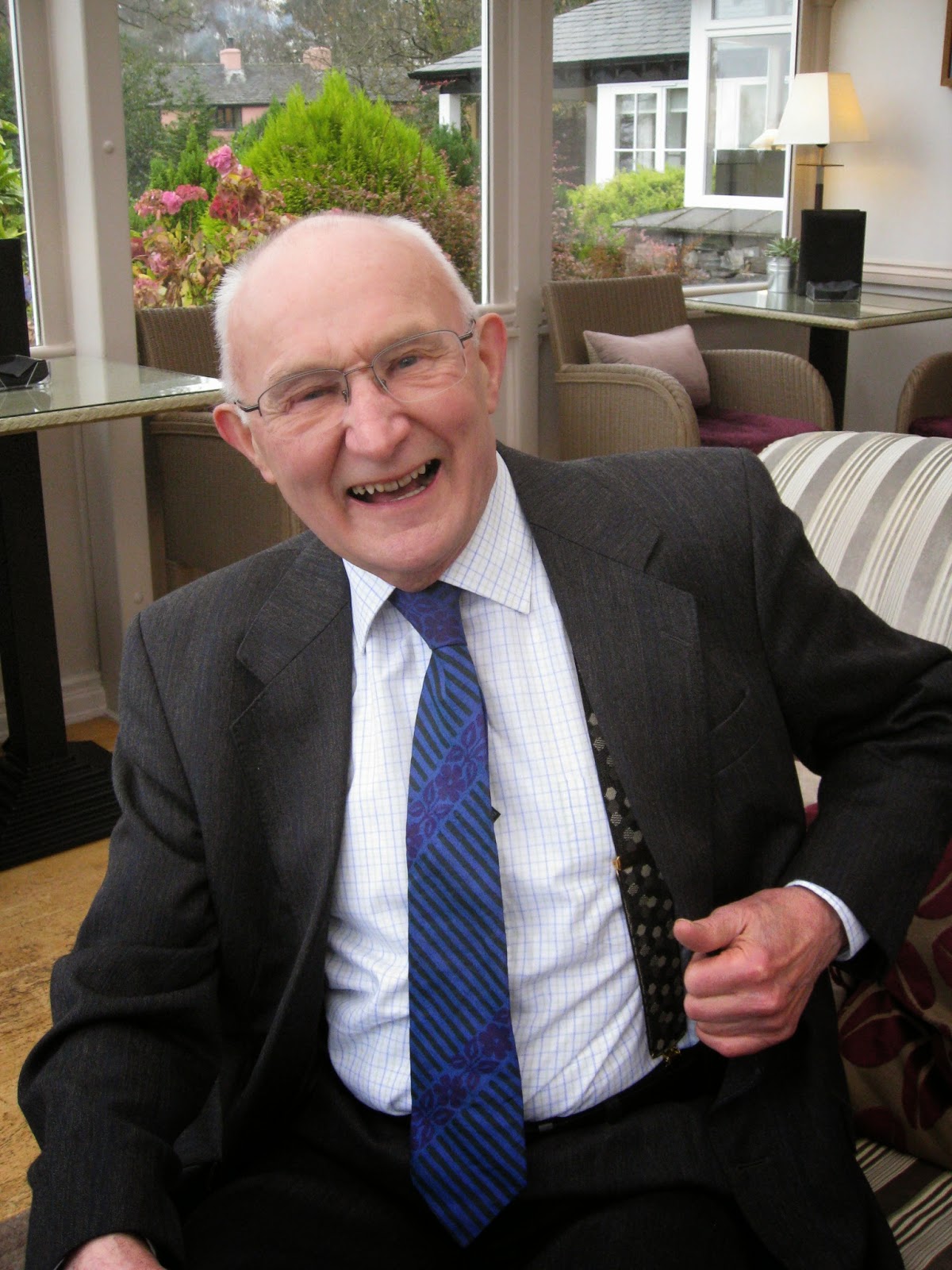 My brother called me an hour ago to tell me that my father, Grahame, had died quite suddenly, albeit in hospital, in front of him. He had complained of feeling ill and then suddenly stopped being alive. (I want to pause in this parenthesis to stress, and to wonder at, the inadequacy of saying, as we tend to, uneasy metaphors implying continuation such as that he has shuffled off this mortal coil, that he is an angler on the lake of darkness. No, the simply not being rules out all this nonsense. And I recoil from the very thought so just expressed. I write it but cannot - dare to - think it.) Despite worrying fairly constantly about, and thus almost anticipating, his death for the last few months, especially since my mother died, the news came as a shock. Sitting here now I feel terribly... (everyone can fill in the obvious gaps which start ‘alone’ and move more self-pitying).

Having lost one parent recently (and to lose two really does seem a kind of carelessness as though it must have been something we did) I know a little of what is to come. First an interchange of numbness and pain (much unpredictable keening I'm afraid) then later an acceptance of the fact but a kind of illness or sickness and lack of vim and later still, surely, some sort of normality (I had not reached that stage yet after Mij).

But the reason for writing two short thoughts down right now on something as public as a blog is the desire to throw a bottled message into the sea to say that knowing this is no help at all in the moment. Later, through a pattern of thought and slowly changing feeling, in which reasons (not, unnaturally, shorn of affect (both of those commas are necessary)) play a role, it will/must be possible to get better. But there seems to be no shortcut to that right now. There's nothing now to think (ie that it would be right or good to think). Reason seems to let me down. And this is a pity since I need to decide, for example, how to pass this evening, what to do best to cope and then the next day.

Second, I am appalled to find that my thoughts turn instinctively away from my father and back to me. I think about thinking about him. Talking to a colleague recently about how the death of my mother had caused me (as an unexpected brute symptom) to like myself rather less, he gently asked me whether it was right ever to aim at such self-liking. Surely better, he argued, for the self to be a transparent medium through which to engage with the world directly. That seems right but the fact that, in the immediate experience of grief and loss, I wonder about how I will feel is a poor indicator of my real grasp of that thought.

(Later: I posted my brother's eulogy for my father. I found myself unable to add anything.)