A further thought on Luntley on expertise 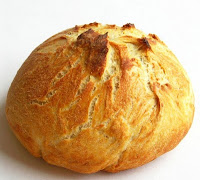 So looking a little further at the Michael Luntley paper, he goes on to argue that there is a difficulty with the idea of an activity based concept which draws on McDowell’s idea of conceptual capture (that shade!) in order to articulate the content of what might otherwise seem to be an inarticulable knowledge-how. There is a kind dilemma which is expressed in this lengthy passage.

The idea of activity-dependent concepts is the idea of ways of thinking of things, events and properties made available to the subject by the way their experience is going and where the way their experience is going is, in part, determined by their activities. The idea is that the activities involve ways of acting upon things that make similarities salient, ways of acting that enable discrimination of similarities as patterns that can be attended to. So, the baker does not teach the apprentice by lecturing them, but by getting them to act in regular ways with bread that make discriminations of similarities available to the apprentice. There is a look of the bread that they will come to discriminate and eventually think about as a ‘that way of looking’ and where their discrimination of the look requires a practice of activity with bread. The experienced nurse teaches the student to modulate their care to the fine changes in patient behaviour and composure not by giving a PowerPoint presentation on how patients look and act, but by involving the student nurse in practices discriminating fine shades of behaviour and appearance. But if this notion of activity-dependence is to work, the activity in question cannot be intentional action.
We have a look of the bread that becomes discriminable as a ‘looking that way’ due to some activity type α. If α is an intentional action, there is a description δ under which the action is performed by the subject. This means that there is a description available that characterises the activity on which the possession conditions of ‘looking that way’ depends. What makes α intentional is the fact that there is a description δ such that the subject gets to do α by δ-ing and for this to work it needs to be the case that in setting themselves the goal of δ-ing, the subject sets themselves a goal with sufficient precision to bring it about that they α. But if that is so, then the description δ is rich enough to pick out the activity of α-ing. We could then, in principle, give an account of the possession conditions of ‘looking that way’ by deploying the description δ, rather than the activity, for the description δ is sufficiently discriminable to pick out the activity α. If it were not sufficiently discriminable to do this, it would not suffice as the description under which the action was intentional. This means that if α is an intentional action, it is an action already located within a conceptual space. Its location within conceptual space is captured by the description δ under which it is intentional. Therefore, the contribution of activity that is supposed to show that the concept is activity-dependent could in principle be discharged by appealing to the descriptive account of the location of the action within conceptual space. On that basis, there is no such thing as an activity dependent concept.
The idea of activity-dependent concepts looks to introduce a special type of concept, one that operates, as it were, at the boundary between thought and activity, for it is the notion of a concept the possession conditions of which are not wholly discharged by appeal to the other elements within thought, but by appeal to things outwith the realm of thought — action. However, if action is intentional action, then it is activity that is already within the compass of thought, so its contribution to the possession conditions of these special activity-dependent concepts is illusory. [Luntley 2009: 364-5]

A little later he continues:

if the activity α is intentional action, the appeal to α in an account of an activity-dependent concept begs the question of how activity contributes to concept possession. If the activity in ‘activity-dependent concepts’ is to do any work, it needs to be a voluntary directedness to things that provides saliences for attention prior to conceptual ways of orientation to things. [Luntley 2009: 365]

So perhaps the example is more like this. In kneading the dough, one stops when on being scrunched thus! it looks like this! Now scrunching thus is intentional but if so it must be describable in some way and now there appears to be a dilemma. If we can specify how to scrunch in general terms, this will not count as activity-dependent. But if it is context specific, what description can be offered such that scrunching thus is intentional under a description? This second horm seems to be unpacked in this worry:

if the activity α is intentional action, the appeal to α in an account of an activity-dependent concept begs the question of how activity contributes to concept possession

(I am ignoring an obvious worry. If the way to articulate the action depends on a token scrunch that happens at time t1, how could that very scrunch, in all its singularity, guide action at times before t1? (If instead, action is guided by a general conception which the scrunch at t1 as a matter of fact satisfies then this is no longer an activity-dependent concept.) But this seems to depend on a kind of mechanical theory of action. Cf Wittgenstein's discussion of posting a letter in the 600s of the Investigations.)

I wonder whether Luntley is being more concerned that I would be with an account of how one comes to acquire such an activity-dependent concept. That would explain the connection to Fodor on learning concepts he goes on to make. And it is true that that does raise an issue of just how self-conscious an account of trying to do things so as to learn how to do them can be. But I think that, as self help gurus often suggest, motivation follows action here.