Oxford symposium in philosophy of psychiatry 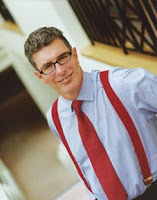 Last Thursday I was invited to a paper at a one day conference on philosophy of psychiatry held at St Cross College, Oxford. The other speakers were the previous and current Wilde Professors of Mental Philosophy, John Campbell and Martin Davies (pictured) and also Tim Bayne.

Martin Davies’ paper, based on his chapter in Matthew Broome and Lisa Bortolotti’s new IPPP book Psychiatry as Cognitive Neuroscience, concerned the 2 factor account of delusion. What shape does such an account have to have to so count with the limit case being just any combination of 2 factors (a bucket of this, a bucket of that, whatever more can be said to characterise the buckets). Davies aimed to balance the aim of covering all the cases but also saying something substantial but I had sympathy with John Campbell’s worry that the approach might now be so general as to be unfalisifiable.

Tim Bayne’s paper concerned what story could be told to link apparent empirical findings about dysconnection at the neural level and fragmentation at the level of thought in schizophrenia. The suggestion he considered was a Bayesian analysis of perception. But this seemed – as he argued – rather poorly explanatory.

John Campbell argued for the possibility in psychopathological cases of a kind of a-rational action at a distance. Although two paradigmatic notions of causal mechanisms are the communication of motion by impulse and the rational connection of thought, there was no reason to hold – with Davidson – that thoughts had to be rationally connected. Brute a-rational connection – a kind of action-at-a-distance – was also possible. (In part his argument for this was that there was no reason to bind nature by any synthetic a priori claims.) But I wasn’t sure how much this idea could escape a general rational holism of the mental. How many thoughts could be merely a-rationally connected whilst still being recognisable as thoughts?

Although covering quite a narrow area of the philosophy of psychiatry – all within the philosophy of mind / understanding third in my scheme – I had a strong sense of the growing respectability of the subject within mainstream philosophy. I wonder whether, if that comes about, I will miss its previous outsider status.
Posted by Tim Thornton at 17:53